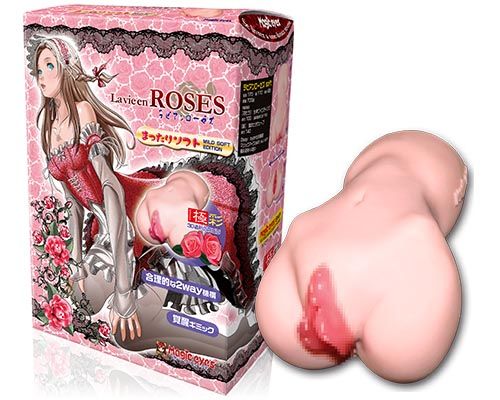 Magic Eyes recently released a new version of that onahole, but this time in a softer material.

Well aware of the usual poor quality of those re-release product, I still decided to give it a chance even though I wasn’t much optimistic…

The packaging looks barely the same as the original one, expect a few colors changes mostly for the dress of the girl which switch from white to red. All in all they simply reused the exact same box artwork for the soft version.

In the box we’ll find the onahole itself safely placed in a plastic case to reduce shaking and possible damages during the transit as well as the regular sample of Magic Eyes shitty lube.

As usual, if you really want to enjoy the onahole think about using a great lubricant like Onatsuyu ~ Female Nectar Lotion or Ubujiru .

Usualy, Magic Eyes is a brand you can rely on regarding the quality. And even if it breaks, it’ll only be because you would have used the product to its limit so much it was good.

However though, they always truly sucks when it comes to their “soft edition” releases.

Concerning my experience, I can only judge with the Sujiman Kupa Cocolo SE since I also own the regular one. The difference in terms of durability (and also feelings but that’s normal) is simply incredible. My soft cocolo is in pieces regarding the inner layer which is barely unusable while my regular cocolo looks still brand new even though I already own her since August. And I can assure you that I use her a LOT so much her pussy feels incredibly good.

So yeah, as you can see there are already lots of disgusting marks from the plastic packaging on her back which by the way didn’t vanished over the time. You’re buying something brand new and it’s already in this shape whitout even using it ? Fuck Magic Eyes what did you do with your quality control exactly ? Just here we can already see where this is going to end…

The ugly Magic Eyes stamp is still here, but I got used to it now so I don’t even care anymore. The pussy lips looks even more horrible than the regular version, it’s more pink and the material was already tearing when I first unboxed the onahole.

Other than that it’s really flabby and soft as you can see on the pictures. The problem is that when you’re fapping the entire onahole is always dangling and falling on the side which is not very convenient.

Finaly the smell too was really strong. Of course it wasn’t a sweet strawberry scent but rather a disgusting factory one so strong that it gave me a headache during my first faping with this onahole…

I personnaly mostly use it for my 2nd or sometimes 3rd fapping in a row. Since after a first climax I need gentler stimulation otherwise I might loose my erection, this onahole with such tightness is just what I need for an after session.

Of course the pussy remains the best with those inner curves, don’t expect too much from the butt which is just damn straight and quite low in feelings.

Cleaning is easy, you just have to flush each hole and you’re good to go. Be careful to dry the insides properly though since on mine water tend to get stuck in the deepest parts.

A disapointing soft version of the original La vie en ROSES. The whole onahole in terms of quality is catastrophic, so don’t expect it to last too long. Feelings aren’t anything special, it gets the job done if you absolutely have to release your seed but don’t expect any more pleasure from it.

My personnal tip : buy something else. 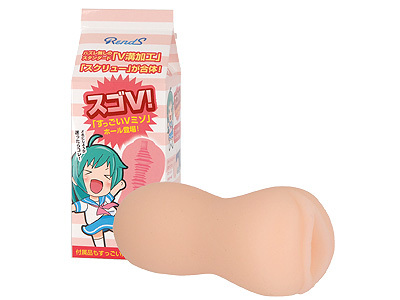 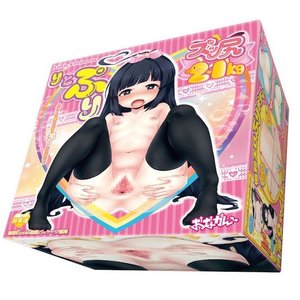